My Lunch With Warren Buffett 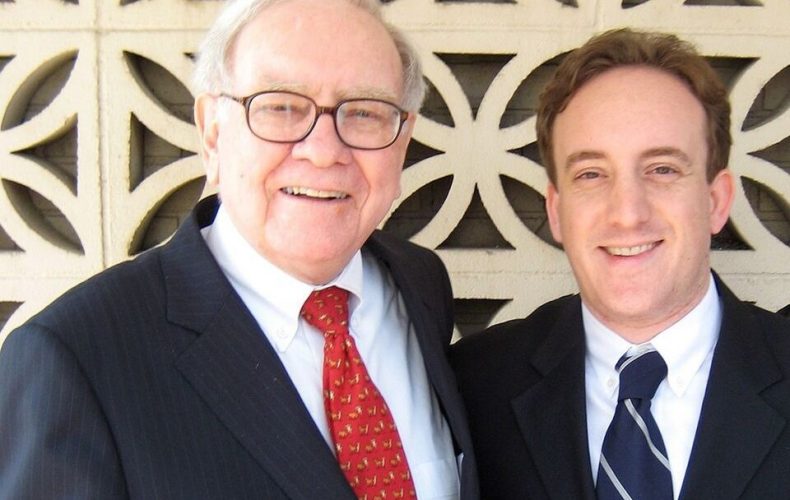 My Lunch With Warren Buffett

We are eating at Piccolo’s, which is one of Buffett’s favorite restaurants and where he and Bill Gates also have dined together. Somehow, Buffett’s root beer float is significantly taller, but it goes with the territory. After all, we’re on his home turf, and he’s Warren Buffett.

In 2016, a bidder on eBay paid $3,456,789 to have lunch with the Oracle of Omaha. Today, Buffett is picking up the tab. Earlier that morning at Berkshire Hathaway’s headquarters, Buffett graciously hosted me and my classmates from Wharton Business School. For several hours, he openly and directly answered any question we asked, occasionally injecting his sharp sense of humor.

Pointing to the Coca-Cola products in the back of the room, Buffett quipped, “Berkshire owns a little over 8 percent of Coke, so we get the profit on one out of twelve cans. I don’t care whether you drink it, but just open the cans, if you will.”

We all sought to absorb Buffett’s infinite wisdom, which we expected would be his take on the economy, investing, and business. The more I listened, however, I realized that the real “wisdom” was less about business and more about living your life with purpose, on your terms, with the things you enjoy, like a root beer float.

Buffett expressed immense gratitude for everything he’d accomplished in his lifetime. He is grateful to be alive. He’s not trying to impress anyone or be like everyone else. He maximizes his happiness through his work, his charitable giving, his love of bridge, and his legendary junk-food diet, which he has compared to that of a 6-year-old. Warren Buffett knows who he is, and he’s comfortable being himself. After lunch, Buffett posed for countless photos. I’m not referring to the standard group shot where everyone lines up in rows, and he steps in the middle at the last second. For what must have taken nearly two hours, he posed for individual pictures with everyone. There were no bodyguards or assistants. He didn’t owe us anything. But he couldn’t have been kinder or more generous with his time.

At the end of our lunch, Buffett walked to his Cadillac and drove off into the Omaha afternoon.

While a person is unlikely to forget any part of a day spent with Warren Buffett, a few specifics about the man and the way he approaches life will always stand out to me.

1. He has a sunny outlook

Simply put, Buffett is happy. His long-term outlook on life and business is positive. He’s a believer.

As a value investor, Buffett adheres to certain principles that have guided his investment decisions and approach to risk. He especially loves the insurance business, which has taught him how to pay out less than he collects.

When you have a set of principles, you already know how to assess risk.

3. He does his own thing

Warren Buffett is not trying to be anyone other than Warren Buffett. He chose Omaha, not New York, and has lived in the same house since 1958, which he purchased for $31,500. He prefers cheeseburgers and root beer floats. The stock market’s day-to-day movements don’t worry him; he’s playing a long game.

There is a certain freedom that comes with independence.

Buffett is genuinely good at being an investor, so that’s where he has focused his time and energy. Likewise, he doesn’t invest in things he doesn’t understand.

Life is more efficient when you know who you really are.

5. He is a workhorse

Make no mistake: Warren Buffett is a workhorse, not a figurehead who shakes hands and gives speeches. He understands the details, does the analysis, and knows his business inside and out. He reached the pinnacle because he did, and continues to do, the work.

There are no shortcuts to greatness, and there is no escaping hard work.

I asked myself why Warren Buffett is so successful. Some may say he got lucky or that times were easier when he was starting out. But financial fortune aside, Warren Buffett is no different from you or me. He is the result of his choices. Like Warren Buffett’s, your life today is the result of choices. Some choices you made, while others were made for you.

What about your life tomorrow?

From the time you wake up to the time you go to sleep, you have an opportunity to define the next day of your life. Every day. That means each day is a new opportunity to choose the life you want. In the next several chapters, we’ll discuss in detail how to make better choices that will broaden your perspective, how to take calculated risks, how to break free from the herd mentality, and most importantly, how to inspire action.

Zack Friedman is the founder and chief executive officer of Make Lemonade – a leading personal finance company that empowers you to live a better financial life – and an in-demand speaker. Previously, he was chief financial officer of an international energy company, a hedge fund investor, and worked at Blackstone, Morgan Stanley, and the White House. Zack holds degrees from Harvard, Wharton, Columbia, and Johns Hopkins. He lives in New York with his wife and children.